Check out my pet's profiles. They are a work in progress, but all will eventually include stories and a custom drawn pet header created by myself.

Augh is my Gourmet Pet
Wiki is my Book and Play Collections Pet
FM is my CD and DVD Pet
Magiu is my Magazine and Newspaper pet
Xu is my Battle and Musical Instruments pet.

If you need to battle these or any of my other pets, I'm happy to lend, but most of my pets have stats so they can be somewhat expensive.

Meggy 3 Comments
You move the claw to the right...

You move the claw to the right...

Enchanted Pampered Quell Plushie is now in your Inventory

Morrowrealm - The Faerie world. A dark realm inhospitable to humans.

Humans cannot enter this realm unless they are spirited away, almost always never to be seen again.

The Morrowrealm and the human world exist side by side, within an alternate dimension. Portals to the Morrowrealm do occasionally open, created by a being on the other side or other strange force. These portals tend to be temporary. People (and animals) have been trapped in the Morrowrealm after wandering into a portal.


Humans who are able to use magic are an oddity. While sometimes these people are celebrated they can be the subject of persecution and fear. People believe different things about magic users. Some say that they are cursed by the faeries or are changelings, switched at birth.

Small children are especially malleable in regards to magic. In the case of changelings, a human infant is abducted and replaced and replaced with a fae creature. The fae creature takes human form and lives the life of a human, while the baby takes on a fae form in the Morrowrealm raised by fairies, usually forced into servitude.

To assume that all Morrowrealm inhabitants are evil cradle robbers is as untrue as saying that all mankind is good or all mankind is evil. There are many complex inhabitants of the Morrowrealm. Some are benevolent, some benign, and some bad. Morrow realm’s relationship to the human world is a complex one and rarely can be broken down to something as black and white as good or evil.

There are many creatures and races that inhabit Morrowrealm, as well as countless flora and fauna which do not exist or are completely unheard of in the human world. Some races and species are familiar to the outside world, choosing to visit or live in the human world. More often than not, these faefolk and creatures keep to their own kind, or are creatures of legends, such as unicorns.

Though there are countless races and creatures with a wide variety of forms, inhabitants of the Morrowrealm can be broken down to two types of beings: Energy based creatures and everything else.

These very understood beings are made of pure magical energy. They cannot live in the outside world, though some mages are able to summon them as an elemental spell. These summons are the most common form of elemental magic in the human world. Because of the nature of these energy creatures, these summons do not last long. Once their energy has been expended, an overwhelming majority of these creatures die after being summoned. Very strong summons can return to the Morrowrealm. This form of magic is dark magic and is considered unethical and dangerous.

Energy beings can range from animal-like creatures to sentient, human-like beings. These energy creatures may be pets of other Morrowrealm citizens or they may be valued members of a complex society. Being summoned at random reduces these beings to fodder for a sorcerer’s spell. This is a major source of discord between humans and the citizens of the Morrowrealm and something that many human mages do not understand the consequences of. Most humans do not understand that they are summoning living things.

Though it is rare, some mages have made pacts with stronger creatures to use their power, allowing these magic wielders to use the summoned creatures' power without causing great harm. However, this is said to be at a cost and is such a rare thing to happen, it is practically legend or a scary bedtime story. Variations of these stories warn that wielders of summoned magic would pay by having their first born taken by fairies or having their soul dragged to the Marrowrealm upon their death.
Whether or not these stories are true or simply cautionary tales about the dangers of magic is unknown.

Summoning has been known to backfire. It is possible for a summoned creature to be so powerful it can create a large portal to the Morrowrealm which can drag the summoner and anyone nearby inside. It is an extremely dangerous form of sorcery.

Morrowrealm is called "The Dark Realm" by humans. This is in fact due to mankind's fear of faerie-kind, calling them creatures of darkness. Also, humans who have seen the Morrowrealm briefly and returned to the human realm have described it as having a dark, gloomy tint to it. Faefolk would describe it quite differently, with vibrant hues and great beauty. The darkness is due to humans' limited range of vision. Human eyes would adjust the longer they stay in the Morrowrealm (though that's because they would cease to be human and instead be some kind of magical being.)

The landscape of the Morrowrealm is somewhat similar to the human world in that there are forests, rivers, lakes, and even villages and kingdoms. However, the flora and fauna are different. Humans who have seen the Morrowrealm have described it as unlike anything they have ever seen. Some plant life closely resembles plants from the human world, with small changes, such as color or shape of fruit. Other plants appear completely alien. The landscape varies greatly; from majestic forests with trees that are hundreds of millennia old to vast, bizarre landscapes which could only be described as an over-sized coral reef that exists on dry land.

Some parts of the Morrowrealm have such high concentrations of pure magic so bright, they cannot be seen by human eyes. Even citizens of Morrowrealm avoid these locations. Any human unfortunate enough to enter these areas are instantly vaporized, or broken down into magical energy. This basically transforms humans into tiny energy beings which are eaten by larger creatures. This is the fate of those who summon uncontrollable elemental magic.

There are complex, advanced civilizations in the Morrowrealm, though most communities, villages, towns, and dwellings are deeply rooted in nature.

Most faefolk do not cut down trees or take from the earth to create buildings. Instead, they coexist with nature, magically manipulating nature to their benefit. Colonies of pixies and small creatures which serve as pets live within intricate coral reef-like communities.

Different fairies live in intricate caves or in forests, inside trees which can be as large as a 30 story skyscraper. 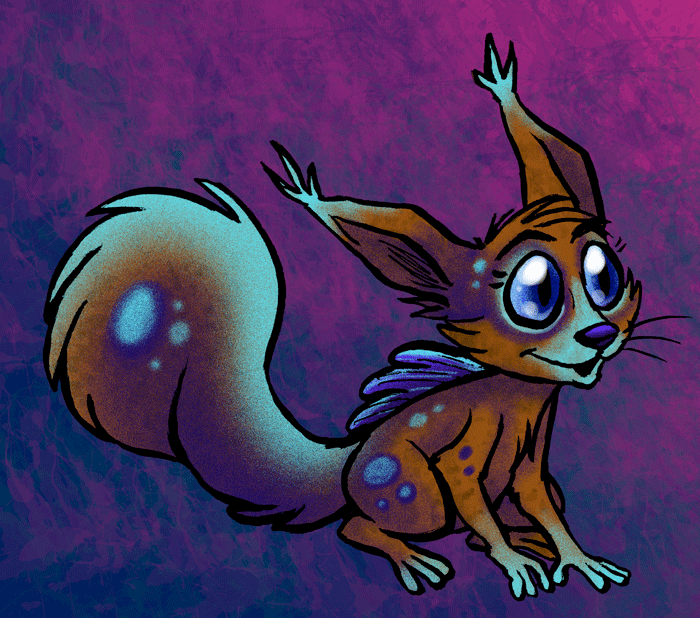