On my marasite there's some useful information about all kinds of things including how to change the color of links you've already visited, games, vault codes, and much more. My marasite is here: Mara.Page/Dani Please feel free to check it out!

Do you need help with mineral match, gold mine, reunite or wacky workshop? Feel free to mail me for help.
Art made for me by wonderful people :) 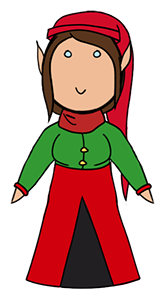 Ok so I've not been active lately really. I check in a few times a day for a moment or 2 here and there and just don't have the energy to do much more. I do have some thoughts I need to record somewhere, preferably where my fiance can't or won't see them and as he's not into mara this seems like as good a place as any. Right now my life is falling apart, and has been for awhile. I'm trying to hold it together, and while I wait to make the hardest decisions everything I don't have a death grip on is falling apart even more. There's some positives though, and I need to make sure I remember them! Like how scared Tim was to drive the first time, but he bit the bullet and he did it. Everyone in my family was down on him for not having a license already and not knowing how to drive at all, but he grew up in a large city with public transportation and a license and car wasn't a necessity like it is here. Here there's no public transportation at all, not even a taxi cab or uber. So of course he didn't know how to drive, but he learned, he didn't have a single accident, and he got himself his license. I was so proud of him for that, and he was proud of himself. He still shows his license to all his friends, and I can see some of them thinking "big deal" but it is a big deal and it's a good thing. He wakes me up with a kiss in the morning, and goes to work. He works hard, and even though the hours and the 6-7 days a week is killing him he still goes to work. He makes time for me, even if it's not as much time as I'd like or need, and he makes sure he still does the little things that attracted me to him. He does different things than he did in the beginning, but they show his heart is in the right place. He told me once he was scared I'd say no when he asked me to marry him the first time. He whispered in my ear "I love you, marry me?" and I paused. There was absolute silence for a few moments, he said that it seemed to stretch into forever but it was really only a minute or 2 at the most. Then I clearly said, "Yes, I will marry you Tim." He told me that his heart didn't beat the whole time he waited for me to say yes or no. I love him, and I try to please him in every way I can. He worries he'll lose me to my soon to be ex husband, but he won't. As more time goes on I think he sees that though. I worry I'll lose him too. We're trying, and that's all we can do right now. We've had so many losses between us, his dad died, our baby was miscarried, my mom is dying, our oldest cat Cali (who was 14) died Sunday... I've had health issue after health issue, and now I have tumors that are growing scarily fast. He's terrified I'll die from it, meanwhile I'm getting more and more ummmmmmmmm grumpy we'll say, from the pain. We're trying. That's all we can do. I'm trying, that's all I can do. There's been so many major downs, but so many ups too. It's a roller coaster, and we're just hanging on for the ride at this point. I just need to get my thoughts organized some.

Dani
@MommaCats @shiying2000 Thank you very much. It's hard for sure right now.

shiying2000
i hope everything gets better for you. don't give up! my thoughts and prayers with you.

MommaCats
Hoping it all gets better. You're lucky to have Tim to take care of you through all this. Keep moving forward, one day at a time, one step at a time.

So sorry you lost Cali. Our furbabies leave holes in our lives when they're gone. <3

Dani
@Susanna @Succulents @Pikalove Thank you very much! This early in the morning I can't think lol. I just woke up and am enjoying a few blissful pain free moments today

puzzlesme2pieces
I pray everything will be alright Dani

Hang in there Dear one

Just take it one day at a time. Take a break even. Health comes first than everything else will follow. I am here for you

Succulents
Keep your chin up girl, we're rooting for you <3

Pikalove
I hope it get better for you