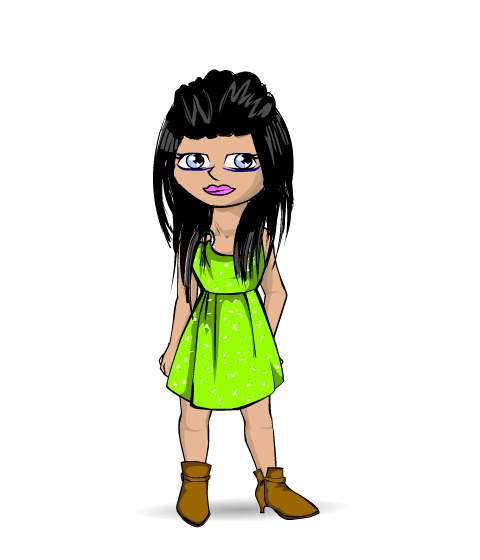 You HAVE to read all of them and if you don't you???re going to come across with problems in your relationship for the next month!

-Guys are more emotional then you think, if they loved you at one point, it'll take them a lot longer then you think to let you go, and it hurts every second that they try.

-Guys may be flirting around all day, but before they go to sleep, they always think about the girl they truly care about.


-Guys will do anything just to get you to notice him.


-Guys hate it when you talk about your ex-boyfriend or ex love-interest.

-A guy who likes you wants to be the only guy you talk to.


-Boyfriends need to be reassured often that they're still loved.


-Giving a guy a hanging message like "You know what?..uh...never mind.." would make him jump to a conclusion that is far from what you are thinking. And he'll assume he did something wrong and he'll obsess about it trying to figure it out.


-Guys are very open about themselves.


-If a guy tells you about his problems, he just needs someone to listen to him.


You don't need to give advice

-Guys love you more than you love them.


-Guys use words like hot or cute to describe girls.


They rarely use beautiful or gorgeous.


If a guy uses that, he loves you or likes you a whole heck of a lot

-No matter how much guys talk about butts and boobs, personality is key.


-If a guy looks unusually calm and laid back, he's probably faking it and is spazzing inside

-When a guy says he is going crazy about the girl, he really is. Guys rarely say that.


-When a guy asks you to leave him alone, he's just actually
saying, "Please come and listen to me"

-If a guy starts to talk seriously, listen to him.


It doesn't happen that often, so when it does, you know something is up

-When a guy tells you that you are beautiful, don't say you aren't.

-When a guy looks at you for longer than a second, he's definitely thinking something

-A guy would give up anything to be able to read a girl's mind for a day.


-No guy can handle all his problems on his own.


He's just too stubborn to admit it

-NOT ALL GUYS ARE A;HOLES!!!
Just because ONE is.. doesn't mean he represents ALL of them

-They love it when girls talk about them

-Guys love neck rubs and if he lets you keep doing it ..it means that he really likes you or his neck is really hurting

-When a guy sacrifices his sleep and health just to be with you, he really likes you and wants to be with you as much as possible.

-Ladies, if u don't repost this within 1 hr then you will lose the guy of your life

-Guys, if you don't repost this in 1 hr then you will lose the girl of your life.

Post this as: 38 Things Girls Don't Realize
--
I know it's pretty stupid, but it's just too cute, so it would be a shame not re-post it xD

ok. to inform me if u wanna have me buy ur plushie, plz maramailme.. itll be easier and quicker. thanks!!!

I got this off of Speshul22:

A real boyfriend
When she stare's at your mouth

When she pushes you or hit's you

When she start's cursing at you

[ Kiss her and tell her you love her ]

[ Give her your attention ]

When you see her at her worst

When you see her start crying

[Just hold her and dont say a word ]

When you see her walking

[ Sneak up and hug her waist from behind ]

When she lay's her head on your shoulder

When she steal's your favorite hat

[ Let her keep it and sleep with it for a night]

[ Tease her back and make her laugh ]

When she doesnt answer for a long time

[ reassure her that everything is okay ]

When she look's at you with doubt

When she say's that she like's you

[ she really does more than you could understand ]

When she grab's at your hands

[ Hold her's and play with her fingers ]

When she bump's into you

[ bump into her back and make her laugh ]

When she tell's you a secret

[ keep it safe and untold ]

When she looks at you in your eyes

[ dont look away until she does ]

When she misses you

When you break her heart

[ the pain never really goes away ]

When she says its over

[ she still wants you to be hers ]

When she repost this bulletin

- Stay on the phone with her even if shes not saying anything.

- When she's mad hug her tight and don't let go

- When she says she's ok dont believe it, talk with her

- because 10 yrs later she'll remember you

- Call her before you sleep and after you wake up

- Treat her like she's all that matters to you.

- Tease her and let her tease you back.

- Stay up all night with her when she's sick.

- Give her the world.

- Let her wear your clothes.

- When she's bored and sad, hang out with her.

- Kiss her in the pouring rain

Dedcated to Laura Sypek of the WS middle school who passed away because of the disease hungry for life. CANCER.