I prefer maramail to maratalk, it's too easy to miss the notification. Pets aren't for trade and I'm currently saving my RP/BP!!

I often forget to log out, so I'm sorry if you message and I'm not around, I'll definitely get back to you asap!!

I use she/her pronouns, I'm from Canada, and I have a Master's Degree.

My main goal is and always has been to get a Chibs and I have one now!! Next LE goal pet is a Zola, or possibly an Ogule, but I also have more specific pet goals on my blog. 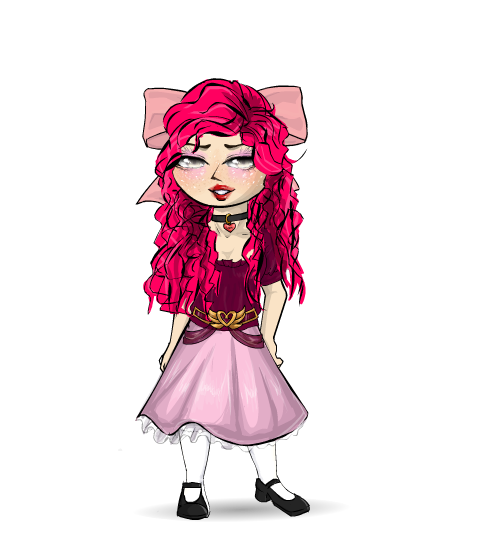 I'm making this so I have a place for the specific pet combos I want eventually:


This will probably be updated at some point!

For my own purposes, I'm just listing the giftboxes I would eventually like to get and the general order I'd like to get them in, based on how much I want them and how likely I'd be to spend that amount on them:

Shop Pricer - Graciously gifted by cutebutpsycho07, thank you so much!!

Extra Pet (x10 or something lol)

The others are less important. As well, I definitely don't have money to be spending this much on a game so I'd have to miraculously win AU or suddenly become rich.


List of pets I already have and want to keep as-is
Stiana the Midnight Tantua
Minkowski the Gold Fasoro
crazy_frog244 the Cowboy Renat (may eventually auction, trade, or pound)
Johnny_99 the Snow Ushunda


General list of pets I want in order of desire
Chibs (LE) UPDATE: Got one!!! but I'm not opposed to having more.
Kaala
Gonk
Speiro

My pet whisperedwords is currently an angel murfin. Will remain like that until the 'Have an angel pet' goal from nimbus is complete. After that, will likely change to Tantua, Kaala, Fasoro, or Bolimo of some sort.

My pet Palmarosa is currently a Pink Mordo, would like to change to a Floral Mordo, or possibly Native Mordo, to go with her name. Also considering changing her to a valentine chibs.

My pet Ambisinistrous is currently a Clown Walee. I would like to change her to another type of Walee, Speiro, or Fasoro. May also auction or trade her eventually, not sure.

My pet Cryptonomica is currently a Red Bolimo (cute, but boring). Will likely change to a Maroon Bolimo. Would like to change to a Camouflage, Desert, Galaxy, Lava, Monster, Moonlight, Starry, Stobe, or Thunder. Best costumes for him would be Monster, Starry, Thunder, or Galaxy. Zombie would be fitting but it is not my favorite. OR a Halloween Pucu just because.

Other Pet Changes I want to make
Would LOVE to change gafey_girl to literally any other name, and perhaps give her a different species. I like having a witch pet, though....). Edit; Changed her to Wynorah

I would really like to get a Calico Fasoro, a Galaxy Equilor, and a Halloween Pucu.

Recent Changes
my_baby_doll the Pink Mordo was renamed to Palmarosa This is the name of an essential oil that smells like rose, but is cheaper and more sustainable to produce. A main component in my homemade perfume that I love.

baby_doll44 the gold fasoro was renamed to Minkowski (min-kov-ski). Named after the character Renee Minkowski from the podcast Wolf 359, a favourite podcast of mine. The character was named for Hermann Minkowski, a German mathematician.

Cryptonomica the Red Bolimo was born, named after the cryptid museum/tourist trap owned by Ned Chicane in the podcast The Adventure Zone: Amnesty, another favourite of mine.

gafey_girl was renamed to Wynorah, the name of my first dnd character.

Esvele the Kaala was born