(Check out my story page) 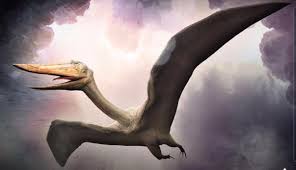 History: My Ike pet is my 34th pet and was originally created to pass Level 29 of the Simeria Goals in which you need to use an Ike Potion on a pet. I created Terradactyl, a name play on the Pteradactyl dinosaur.

When a new avatar was released "May I help?" in which you have to use a Pet Certificate to rename a pet, I decided to rename Terracactyl and found a species of this dinosaur called Aerotitan, specifically found in South America during the Cretaceous period.