Marapets is mobile friendly
Switch to Desktop Mode
Marapets is mobile friendly
Switch to Desktop Mode
Janet Weiss (A herione) Janet Wiess, a young, ordinary, beautiful woman, is another main character. She lives in Denton, texas, and is engaged to Brad Majors. She is first seen in the wedding scene of the movie and musical. Janet had always been a good girl, until a recent affair with Frank-N-Furter. Now all she wants to know, is "how to go," and now that she's tasted blood, she wants more. And she gets what she wants, manipulating Frank's creation, Rocky. Now, Janet is often described as the 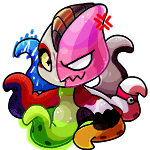