You may be lucky enough to catch the Fumb next time you are out fishing!

Can you find the Ogul hidden avatar?

You may be lucky enough to catch the Flow next time you are out fishing!

Can you find the Xor hidden avatar?

The Poera is finally avaliable in prison, mutant and zombie.

There is a new Fish Minipet avaliable in Jenoa. The Frex can now be caught by anyone who can fish.

Can you find the Linuw hidden avatar? 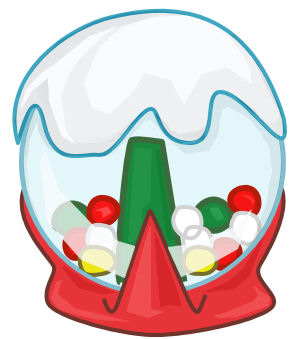 Last Week's Raffle has now ended. AnthonySorensen is the winner of the Three Dukka Coin and 100,000MP prize with the winning raffle ticket number 5913! Congratulations! Make sure you buy your tickets for today's raffle - only 5MP per ticket! 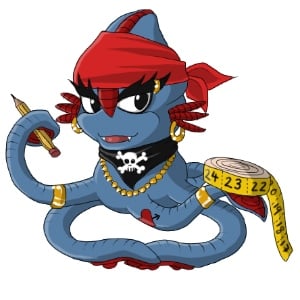 February has started a little late on here, as it took a lot longer to do than we expected and I have been ill all week. The Febraury Account Upgrades have now been added. You can purchase them now, but they will not be awarded until midday marapets time. Here is what you can get from them:
A rarity 19 How to Fish book that will never restock in the main shops.

A rarity 26 Cheese Costume that the Poera, Fasoro and Murfin all look, taste and smell great in!

A rarity 25 Grouchy minipet. It is also avaliable in 6 other colours

And finally, you get six (or maybe seven if you are luckier) random pieces of the Fishing Treasure Map. Collect all of the pieces and you recieve a lifetime licence to fish in Jenoa....

Fishing has been added to the map in Jenoa. You can now fish every three hours as long as you have a licence. You could catch anything from fish that your pets can eat, to Fish Minipets that you cannot gain any other way! 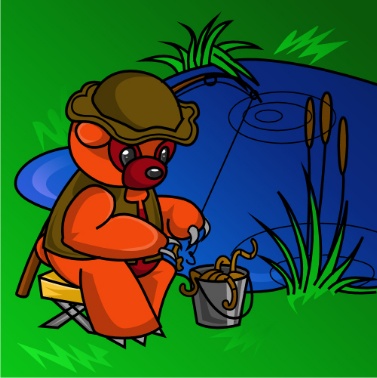 A new mission has been released, this time in the City. Tarquin's Library allows you to complete 30 missions for different prizes. Whats different about this mission is that you need to collect books for Tarquin and read them to one of your pets! It may seem hard but if your pets read all of the books, you cannot fail!

The Pet Exchange will be down for a few days for maintenance.

Just a reminder that you only have a few more days until the October Account Upgrade is no longer avaliable. If you would like to purchase one, you will need to do so before February!

Last Week's Raffle has now ended. ppbum is the winner of the Three Dukka Coin and 100,000MP prize with the winning raffle ticket number 8947! Congratulations! Make sure you buy your tickets for today's raffle - only 5MP per ticket!

The latest costume makes some very creepy looking changes to your pets. Introducing the Shaved Chibs and Shaved Walee!

How do you get the Shaved Costume? You will find out tomorrow...

The 29th Marapet has been discovered! Poera is now avaliable as a pet but it is limited edition. How can you get this pet? You'll find out this weekend...

Just a quick update for you about Maintenance Week so far. Around 60% of reported bugs and glitches around the site have been fixed so far. Every avatar around the site now works properly. We would like to apoligise to all those who have been trying to play the site throughout the past week and have experienced annoying problems as we have been carrying out the maintenance. We are scheduled to be finished by Sunday and could experience some downtime on Saturday as we complete the maintenance.

As most Marapets just love to learn, 26 new Encyclopedias are avaliable around the site. With all of the recent book releases, I wonder what is being released this weekend...

Sorry for all of the Server Errors around the site today. We started a huge re-code of many parts of the site that were just really messy and difficult for us to work with. It will take a couple of weeks to complete and with each script that is re-coded, known glitches and bugs will be fixed. We will continue updating the site with regular news, but remember that most of our time will be dedicated to fixing the site.

Last Week's Raffle has now ended. draik1 is the winner of the Three Dukka Coin and 100,000MP prize with the winning raffle ticket number 18030! Congratulations! Make sure you buy your tickets for today's raffle - only 5MP per ticket!

The Male Clothing has now opened on the island. 27 clothes are now restocking.

Anyone who is still waiting for an Account Upgrade, we would like to apologise for the delay. The script that sends them is broken and will be fixed this weekened.

MaraUploads is now up and running again. Sorry for the downtime.

The Digital Yakubi has been revamped.

Sorry for the hour-long downtime earlier. The server company were fixing one the Servers for us.

13 new Spell Books have been released for each of the spells you can use in battle.

The Female Clothing store has finally opened on Mini Pet Island. 24 new basic clothes have been released and are now restocking! Sorry guys, the male shop will be opened later in the week!

The Pet Exchange has finally been released on at Mini Pet Island. You can now safely trade pets with other users, simply by paying 5,000MP to send a pet. Please remember that disowning a pet with the pound means that you have lost all ownership rights of that pet. Also remember that we are strictly one account per person now, so if you have any other accounts, please move pets or items you have stored to your main account and contact a staff to have the others frozen. 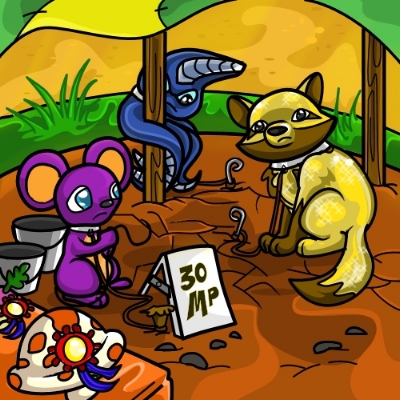 We have succesfully installed 3 of the 6 new Servers we have ordered this month. You should notice a lot less server errors now, as the avatars, search and forum servers were over loaded before. The load has now been spread accross more servers making it much less glitchy. Thanks for all of those who have donated.

The Pirate Yakubi has recently been seen in Dukka Town.

One of the six new Servers is now set up and running on the site, making profiles and the search load much better. The other 5 will be set up this weekend.

Can you find the Rusty avatar we have hidden?

We have updated the Server Error pages on all of our different servers, colour coding the font on each one so that you can report errors to us much easier. But more importantly, they shouldn't load as often and you can refresh them now if they do!

Do you know about some of the great prizes you can get with our Referral System? Show your support for Marapets and help us to grow by adding your Referral Banner to your own website, blog, signatures at other sites or even your email address. Lots of members use MySpace and similar websites so why not add your referral URL and refer some new people to Marapets? You could even tell people on your msn or your friends at school to join using your referral url. For more information, please go to Dukka Caves and read about the referral system. Help Marapets Grow!

The Murfin is the latest pet to try on the Starry Costume.. and it looks good in it!

Profiles have been improved. We have updated the icons and added a link to your Gallery and your Wardrobe.. which should be out this weekend!

We are scheduled to have 6 new Servers installed tomorrow. If they are ready in time, you may experience some minor problems such as Server Errors around the site for a few hours. After that, profiles, search, maramail and the forums should load much faster.

This is the latest minipet to be seen restocking on Mini Pet Island.

Last Week's Raffle has now ended. XdoreX is the winner of the Three Dukka Coin and 100,000MP prize with the winning raffle ticket number 13398! Congratulations! Make sure you buy your tickets for today's raffle - only 5MP per ticket!

With a slight delay, the January Account Upgrades are now avaliable. This month, once the bills have been paid we will be saving for 5 more servers for areas of the site that need it, such as the site search, the forums and maramail. All other money will be saved for new Marapets Flash Games which are being worked on this month. Here are some of the rewards avaliable:

A rarity 19 Rusty Trading Card that will never restock in the main shops. Battle the easiest opponent today!

A rarity 29 Armoured Costume that can already be used on the Equilor and Feliz.

And finally, the return of the Five Hundred Dukka Coin. You can spend Dukka Coins in Dukka Caves, at Dukka Town and the Pirate Ship. More items will be added to all of these places throughout the month.

Finally, the Enchanted Sindi Plushies have not been given out during the week because we have had many server problems and it would be too unfair to give them out. All 35 will be given out today and tomorrow! Good luck!!

Happy New Year from everyone at Marapets! As you have already seen, we released our new layout and one of the latest features of the site. You now have to create a customisable character you will be in the game. The character is you as you play the game and as you are the owner of now up to 12 pets. As always, it is only new and is still unfinished. Some of the new features for characters include brand new profiles where you can adjust your mood for your character, showing different expressions, new shops such as male and female clothing, funny costumes, jewellery, shoes and much more for you to dress your character with. Your character will soon also load with your Maramails and in the upcoming MaraTalk. Even though 2005 was a great year for Marapets, 2006 will be even better! Thanks for playing!

To celebrate 2006 in style, you have the following to look forward to all this week.
The Slot Machine in Dukka Caves will have 2,000,000MP added to the Jackpot everyday this week.

It is Half Price Week for the rest of the week in the main shops!

Everyday this week 5 Enchanted Sindi Plushies are being awarded randomly to a member who is online. But this time, the five will be divided up fairly into age member groups so that it is both old and newer members who get the prizes!

The Slot Machine in Enpiah will have 1,000,000MP added to the Jackpot everyday this week.


The January Account Upgrades will be released later in the week, most likely tomorrow. Until they are released, the Anuriah and Seasonal Stamp are avaliable with any Account Upgrade and the September Gold Account is also still avaliable until then. Get them while you still can!

December Trophies have now been awarded. This means the Arcade scores have been reset and this month quests highscores are different as they reset each month too!

And possibly the best news of all, the Raffle is no longer daily but weekly! This means that annoying Raffle news will only be once a week for a huge jackpot of 100,000MP. Great for only 5MP a ticket!